A few weeks ago an impressive assemblage of talent gathered to talk about the upcoming BLACK PANTHER. The hotly reviewed upcoming adventure in the Marvel Cinematic Universe promises to be an unforgettable chapter in the impressive lineage of films.

Below are some of the highlights from the event.

There’s a lot of personal pride for the project

“I’d been waiting a long time for this.” Lupita Nyong’O commented, “I was just so, so, so excited, because this was a movie that we all felt a lot of ownership of, and that we thoroughly enjoyed making… so to see it alive, to see it almost like three dimensional was what I was looking forward to.” And that excitement is obviously being met with a lot of enthusiasm as the film sits with a glowing rating currently at 97% on RottenTomatoes.

Michael B. Jordan was overwhelmed by emotion. The thought of being a role model for young kids, especially of color, is certainly a source of pride. He commented that to be watching a big movie like this and seeing people “who looked like you – you know, empowered, and [engaged in] socially relevant themes… in a movie that you want to sit down and watch, and you can enjoy.”

“I was so proud to have my daughter, and my son there last night,” noted Angela Basset, “because in their faces, and in their spirit – and they were feeling themselves.”

Kevin Feige commented that Boseman was the absolute best pick for the role. Commenting on getting the call, Boseman recounted, “We were in Zurich… and I was coming off of the red carpet for Get On Up.  And my agent was like, ‘You’ve got to get on the phone.’  And the crazy thing is I didn’t even have international calling on my phone until that morning – and I heard, literally we heard somebody say, ‘Hey, get international on your phone.  Call your mom.’ It’s some important stuff, literally, that happened, and then that night [Feige and Marvel] called.

One undeniable feature of the film is that the female leads in the film are a force to be reckoned with. Danai Gurira talked about the experience of going bald for the iconic role noting, “ you know, in theory, it sounded amazing…  And then the day came… I had like, a ‘fro, and then like, you know, it happened.  And then you know, you go into the restroom to wash your hands, and you look up, you go, ‘And what the….’ It took a few days… [But then] it was just like everybody got their “caps” on [after also being balded]. And then the pride started to grow.”

Commenting on the character in the film, she was really pleased that “She doesn’t want to cover up [with a wig]. This is her joy, and her pride… with that bald head with that tattoo on it. It’s so subversive in the right way, to say… you don’t have to have hair to be beautiful.”

Lupita Nyong’O shared, “What I love about the way this film represents women is that each and every one of us is an individual, unique and we all have our own sense of power and our own agency and we hold our own space without being pitted against each other… I think that’s extremely important and in so doing the fact that in this film there’s so many of us, we really get a sense of the fabric of Wakanda as a nation and we see women along side men and we see how much more effective a society can be if they allow women to explore their full potential”

Woman and AND off Camera Were Stellar

Commenting on the growing empowerment of women this year in Hollywood, Ryan Coogler commented that a large number of talented women helped contribute to the overall success of BLACK PANTHER.

“They weren’t hired because they were women,” Ryan noted, “they were hired because they were the best for the job and that was our cinematographer Rachel Morrison, our costume designer Ruth Carter, production designer Hannah Beachler and our assistant director who was responsible for getting her team going Lisa Satriano, you know, and post production the film was edited by Michael Shawver and Debbie Berman who is from South Africa, you know, and finished by Victoria Alonzo.” 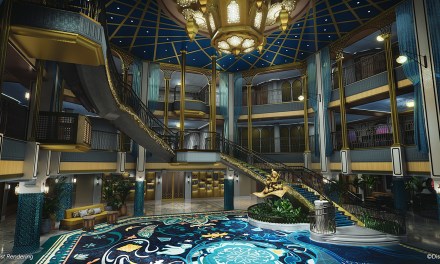