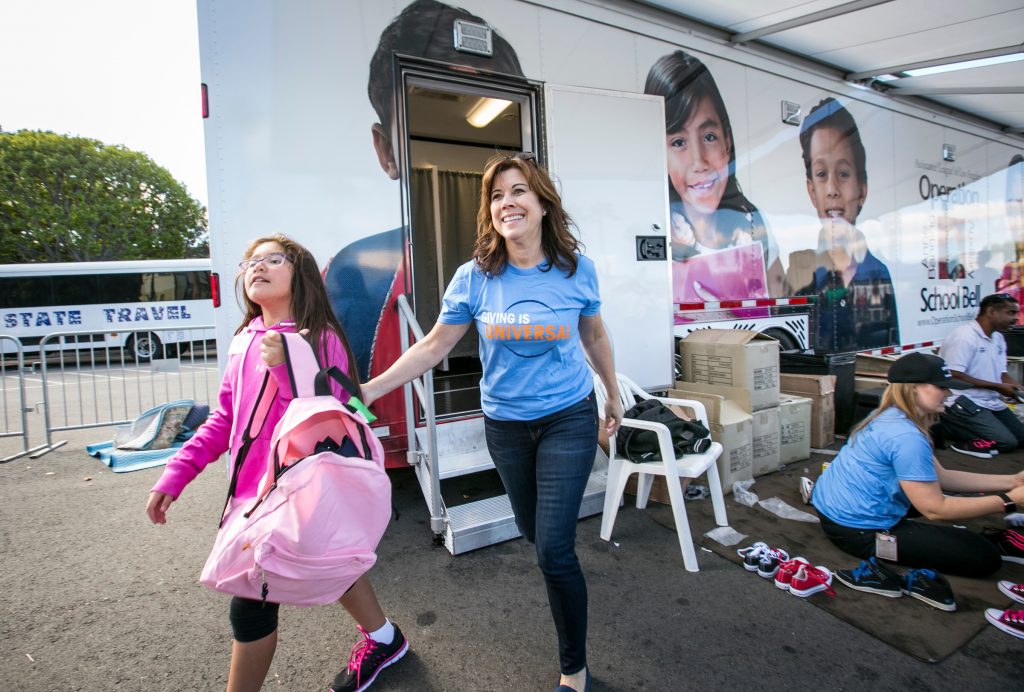 Halloween has come and gone and as UNIVERSAL STUDIOS HOLLYWOOD prepares for the holiday season, the park held its annual Day of Giving on November 9. More than 300 local homeless children were given clothes, shoes, toys and books before spending a day playing in the park. Day of Giving is one of our favorite events to cover. Seeing the look on these adorable faces as they are given their much-needed gifts and then getting to experience the fun of Universal Studios is the perfect way to start out the holiday season. Through their corporate “Giving is Universal” initiative and the Discover a Star Foundation, the park highlights and supports the work of six local non-profits like Operation School Bell.

On top of their gifts, these kids get to spend their day experiencing the rides and shows in the park. We were on hand with the park’s Manager of Community Relations, Danielle Prado, who gave us a brief rundown on Day of Giving and how you can help:

Danielle Prado, Manager of Community Relations for @UniStudios explains #DayofGiving and how you can support! pic.twitter.com/Rnf0jWfvv6

LAPD and Universal volunteers fitted shoes for each child on the spot, before sending them on the trailer to pick up new duds. Inside the park, work is progressing on the new shop replacing the old Cartooniversal location. Further into the park, SHREK 4D is making way for a new KUNG FU PANDA themed film in 2018 at the more versatile sounding DREAMWORKS THEATER.

For the first time, THE WIZARDING WORLD OF HARRY POTTER will be celebrating Christmas from November 24 – January 7. Decorations have already started popping up throughout Hogsmeade and inside Hogwarts Castle. Come back soon for full coverage of Holidays in THE WIZARDING WORLD OF HARRY POTTER and GRINCHMAS!