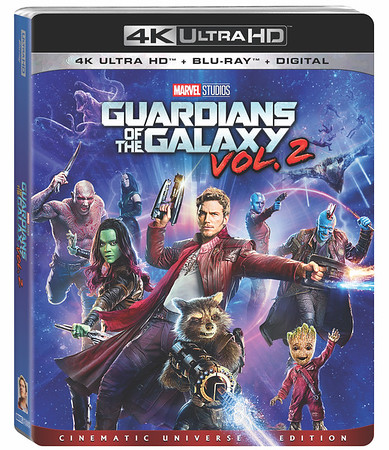 GUARDIANS OF THE GALAXY VOL. 2 drops this week digitally in HD, 4K Ultra HD™ and Disney Movies Anywhere on Aug. 8 and physically on 4K Ultra HD,™ Blu-ray and DVD on Aug. 22.

Delivering the ultimate in-home experience is the Ultimate Cinematic Universe Edition (which includes a collectible poster while supplies last) comes packaged to include a 4K Ultra HD version of the film, a Blu-ray, a Digital Copy and more than 80-minutes of exclusive, never-before-seen bonus materials. Included in the extras is an all-new original music video starring David Hasselhoff and special guests plus hilarious outtakes, deleted scenes, audio commentary by director James Gunn, and more. All the features listed above plus four extra exclusives:

Does not include any bonus materials. 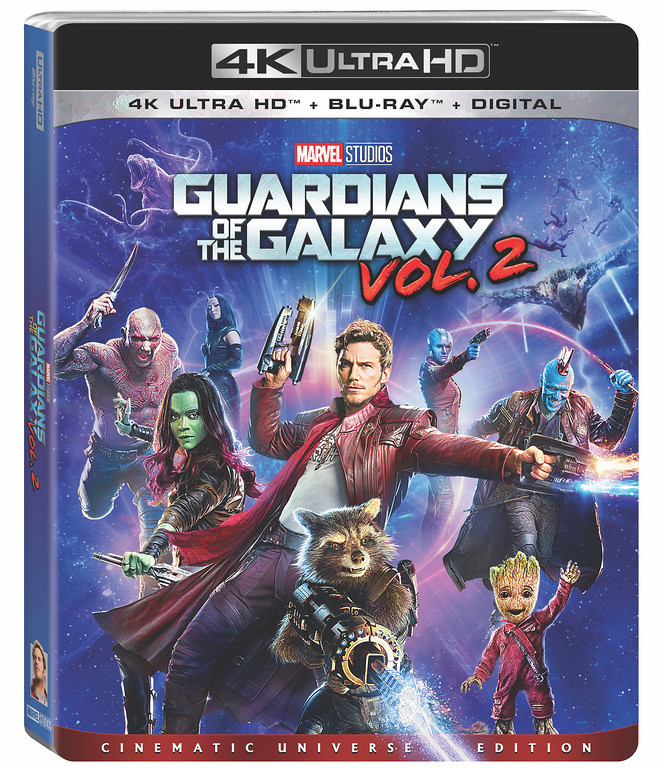