The Magic Kingdom is celebrating its 50th anniversary soon and at the D23 Expo last month, Disney confirmed two bits of information for the park: perhaps the most interesting with the announcement of a TRON Lightcycle Power Run attraction and perhaps the least interesting with the announcement of a new theater coming to Main Street but no mention as to what would be going on inside.

Although Disney didn’t officially give it a name they did confirm that the popular TRON Lightcycle Power Run from Shanghai Disneyland will be coming to the Magic Kingdom in a new space near Space Mountain. Chapek also confirmed that it would be ready in time for the park’s 50th Anniversary.

A new live entertainment theater is also coming to Main Street, U.S.A., based on the iconic Willis Theater in 1920s Kansas City. There was little else mentioned about the theatre — you know, like what will play inside — but it’s promised to bring “world-class entertainment to the world’s most popular park.” What would you like to see come to the theatre? We’ve been waiting for ages for MULAN to be adapted as a live stage musical but that’s just our wishful thinking. 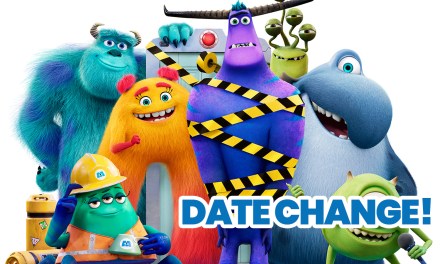