Nothing is more thrilling than sitting in a spectacular theater and listening to one of your idols talk all about his life and the stories behind your favorite songs. That’s exactly what I was able to do tonight with A WHOLE NEW WORLD OF ALAN MENKEN at the Segerstrom Center for the Arts. We were lucky enough to be the first audience for his new show, that started off showing amazing pictures of him as a young boy, and how he was destined to become a dentist, but thankfully his life would take him on another journey.

Since this was the world debut of this show, you can tell he was a little nervous. Which to me, just made the night even more unforgettable, because he seemed genuinely taken back and thrilled when the audience clapped, or how we held on to every word of a story he was telling about one of our favorite songs.

The pacing of the program was great. MENKEN would tell a little bit about the song or movie and then go right into playing the song or medley from the experfilm. He would get up and engage with the audience, and the behind the scene pictures, audio, and footage was just fantastic. While I have seen him before at other events, this was the first time seeing him on his own, and not part of an event for a movie or convention. And I was surprised at how many of his stories I haven’t heard before.

But of course you want to know all about the music! He started out with his earlier works, including one that I never heard of that he wrote with Howard Ashman, GOD BLESS YOU MR. ROSEWATER. He dedicated this amazing song, SHERIDAN SQUARE to Ashman, and there wasn’t a dry eye in the theater. He said it still chokes him up to this day thinking about his friend. He then went on to play LITTLE SHOP OF HORRORS, THE LITTLE MERMAID, BEAUTY AND THE BEAST, NEWSIES, ALADDIN, THE HUNCHBACK OF NOTRE DAME, POCAHONTAS, HERCULES, HOME ON THE RANGE, ENCHANTED, TANGLED, SISTER ACT, A CHRISTMAS CAROL, and of course GALAVANT.

The show was set up between two acts with a brief intermission. He focused mainly on his Broadway shows in the second part, also with some songs he just wrote for movies like CAPTAIN AMERICA, and SAUSAGE PARTY. He then followed up with an encore playing one of his newest songs for the upcoming live action BEAUTY AND THE BEAST.

I wish this wasn’t a one night affair because I honestly would go over and over again to just listen to the fabulous stories Mr. MENKEN told. But luckily he will be taking this show on tour, and I highly suggest getting a ticket if you happen to be in a city where it will be. And a huge thanks to the Segerstrom Center for the Arts for bringing this once in a life time experience to Orange County, and having a Disney/musical theater geek experience this amazing night filled with music. 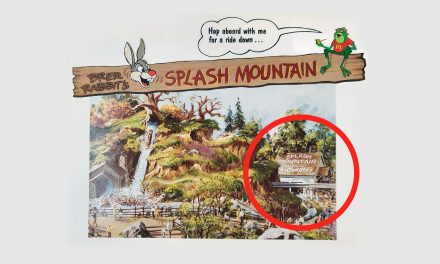