Shanghai Disneyland has been in technical operation for a few weeks now and videos have been pouring in all over the net of the various lands, spaces and attractions. Today we have a great video from Youtuber MiyaPA Masane of Roller Coaster Dream who has uploaded a fantastic video of the new TRON Lightcycle Power Run attraction.

The video features not only nighttime and daytime run-throughs of the indoor/outdoor attraction but also several elements from the queue including the impressive reveal moment of the attraction vehicle. The attraction follows the storyline from the film and was created as a way for “Programs” and “Users” to interact in a quest to capture 8 Energy Gates on the grid.

What’s your favorite part of the new Shanghai Disney Resort? Let us know in the comments below. 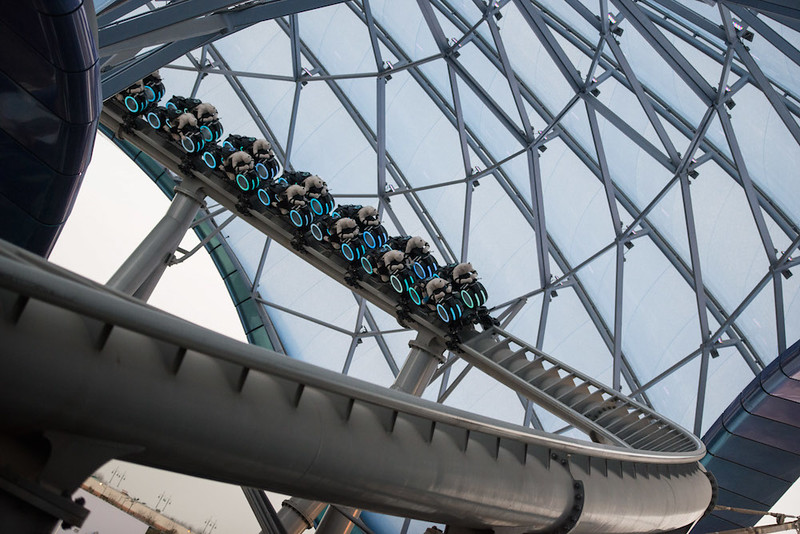