Coming “this spring” to Disney California Adventure Park, you’ll be able to meet and greet with Judy Hopps and Nick Wilde from Disney’s upcoming animated feature ZOOTOPIA. The unlikely duo can be found throughout the day on Hollywood Boulevard in Hollywood Land.

For now, it does not seem that the characters will be making a bi-coastal hop for greets at Walt Disney World however they will joining the “Move It! Shake It! Dance & Play It!” Street Party at the Magic Kingdom Park. There’s been no official word as to their appearance at any of Disney’s international resorts.

Nick Wilde and Judy Hopps Are on the Way to Disney Parks, Direct from Disney’s ‘Zootopia’

People from all over the world love coming to Disney Parks, and soon two of Zootopia’s most famous residents will be paying us a visit! Beginning this spring, Nick Wilde and Judy Hopps will be swinging by the Disneyland Resort, where you’ll find them on Hollywood Boulevard at Disney California Adventure park. And when Judy and Nick stop by Walt Disney World Resort in Florida, these party animals will be joining our other guests in the “Move It! Shake It! Dance & Play It!” Street Party at Magic Kingdom Park.

Walt Disney Animation Studios’ “Zootopia” opens in theaters in 3D this Friday, March 4, and be sure to look for Nick and Judy in Disney Parks later this spring. 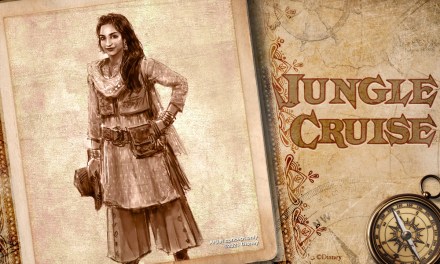