After already coming back to life once, Disney announced today that the ever-popular MAD T PARTY will be closing permanently on March 30, 2016.

Visually inspired by Tim Burton’s 2010 Alice in Wonderland film, the nighttime entertainment package in Disney California Adventure‘s Hollywood Land features a live band, DJ and dancers, along with specialty cocktails. The closure will happen just two months shy of the release of the film’s sequel: Alice Through the Looking Glass.

Despite domestic Disney theme parks over-performing the last few months, drastic budget cuts have been rumored across all lines of business and it would seem that even the Mad Hatter isn’t immune to decapitation via spreadsheet.

Mad T Party runs on weekends through March 13, and then nightly from March 18-30 to close its run. 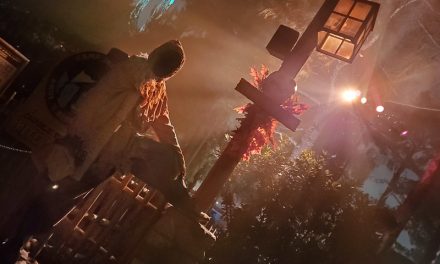