For the first time since 2007, CAVALIA returns to Orange County with the stunning production of ODYSSEO. Featuring the largest touring tent ever, ODYSSEO has 65 horses, 48 rides, acrobats, and aerialists putting on a show unlike you have ever seen before. ODYSSEO has already wowed more than 1.5 million spectators in Canada, the United States, and Mexico.

Tickets are priced from $29.50 to $144.50 + applicable taxes and fees. Shows begin Wednesday, February 3, 2016. Matinee and evening performances scheduled through February 14. Under the White Big Top in Orange County at the junction of the I-405 & the SR-133 in Irvine.

#OdysseoOC – Producers for Odysseo, the new theatrical adventure by the internationally acclaimed entertainment company Cavalia, are thrilled to announce Irvine as the host city for the Orange County debut of the largest touring production on earth. Odysseo will be presented under the White Big Top at the junction of the I-405 & the SR-133 with performances beginning Wednesday, February 3, 2016 under the White Big Top in Irvine  – the largest touring tent on the planet!

Odysseo is a $30 million extravaganza that expands the definition of performance into an epic and soulful experience that is astonishing audiences and wowing critics across North America. Double the size of Cavalia’s eponymous creation which enjoyed a very successful run in Irvine back in 2007, Odysseo is a show unlike any other featuring 65 horses and 48 riders, acrobats, aerialists, dancers and musicians in a soulful and touching journey around the globe, celebrating the bond between the two species.

The horses are the heart and soul of every Odysseo performances.  These magnificent animals play in complicity and with freedom, in a symbiotic and respectful relationship with their human co-stars, charming and fascinating everyone who has the chance to witness this moving artistic and emotive partnership. The liberty number, when purebred Arabian horses are directed only by the soft murmurs of their trainer, and the fabulous caravan act that comprises people and horses too numerous to count, will leave every spectator captivated and touched by the splendour created in front of their eyes.

Deploying their extraordinary talents, the acrobats present an amazing mix of force and sensitivity, interacting with the spellbound audience, while the live musicians and vocalist perform in the most enthralling way to immerse spectators of all ages in a beautiful sensorial experience they will remember forever. Whether it is the dexterity of the African acrobats, the enchanting sound of the Kora, or the majestic life-size merry-go-around, the cast and set of Odysseo are inspired and inspiring, delivering crowd-pleasing wonders and stunts.

The mind boggling theatrical effects are as spectacular as they are numerous: a state-of-the-art video screen three times the size of the world’s largest cinema screens, a three-story mountain for dazzling perspectives, and a real lake made of 40,000 gallons of recycled water which magically appears for a splashing finale. The layers of mesmerizing decor make the audience part of the action while the gigantic stage takes everyone’s breath away.  Odysseo’s technological and scenographical effects create places no one has ever seen before; places where one can feel the deep connection between horse and man.

Beginning in a misty, enchanted forest where horses graze and frolic under a sky of rolling clouds and a setting sun, Odysseo takes the audience on a fantastical journey to some of nature’s greatest wonders, from the Mongolian steppes to Monument Valley, from the African savannah to Nordic glaciers, from the Sahara to Easter Island, and even to a lunar landscape, illuminated by shooting stars and brilliant nebulas.

Odysseo is a waking dream for a world where beauty, serenity, and hope are too often challenged in these difficult, troubled times. A sumptuous production that creates a unique and magical world where human and horse live in harmony for the pleasure and delight of all.

Odysseo is a true revolution in live entertainment with an impressive list of superlatives: the world’s largest touring production; the biggest touring tent on Earth – the surface covered by the White Big Top is 68,000 square feet, equal to an NFL football field; the biggest stage – 17,500 square feet, larger than the Honda Center ice rink in Anaheim; the most breathtaking visual effects; and the greatest number of horses at liberty.

This remarkable celebration of horse and man, imagined by Normand Latourelle, one of the co-founders of Cirque du Soleil, marries the spectacular with the poetic. Since its Montreal world premiere in 2011, the Odysseo cast has already mesmerized more than 1.5 million spectators in Canada, the United States, and Mexico.

Odysseo has received critical acclaim from media around the country:

TICKETS – Tickets are priced from $29.50 to $144.50 + applicable taxes and fees. For a memorable evening, the Rendez-Vous package offers the best seats in the house, exquisite buffet-dining before the show, open bar, desserts during intermission and an exclusive visit of the stables after the show. This unique VIP experience takes place in a tent alongside the White Big Top. The Rendez-Vous package prices range from $149.50 to $269.50 + applicable taxes and fees. Special pricing and packages also available for groups, children (2-12), juniors (13-17) and seniors (65+).

ABOUT CAVALIA INC. – Cavalia Inc. is an entertainment company that specializes in the creation, production and touring of innovative shows. Founded by Normand Latourelle, the company reimagines the equestrian and theatrical arts. With its headquarters in Montreal, Cavalia Inc. is an integral part of Canada’s cultural heritage, and the largest Canadian-owned cultural enterprise. Its expertise in high technology, multimedia and special effects creates magical, unique, never-before-seen experiences. Its first show, Cavalia, has been seen by more than 4 million people across North America, Europe, Australia, the Middle East and Asia since its 2003 debut. Odysseo, the company’s second show, has toured to rave reviews and public acclaim since its 2011 premiere. Follow Cavalia’s latest developments at www.twitter.com/cavalia or www.facebook.com/cavalia. #OdysseoOC 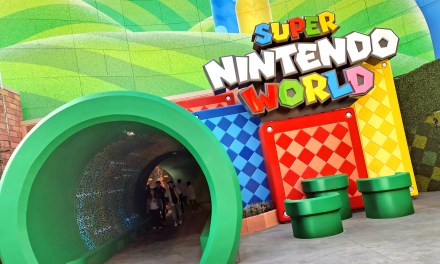 Virtual Line Reservations will be used as needed for access into Super Nintendo World at Universal Studios Hollywood starting Feb. 17