A day ahead of its official release into theaters, Disney has released a new batch of stills for INSIDE OUT. There’s not much new that we haven’t already seen in trailers thus far but it does give some more insight into the EMOTION of the film including one of Joy not quite living up to her name.

Interestingly, the marketing for the film has been distinctly COY about not showing everything about this film and even with this new batch of images “mums-the-word” continues to be the case! Curios to know more about Disney-Pixar’s latest animated release? Check out our SPOILER-FREE REVIEW OF INSIDE OUT.

ABOUT
Based in Headquarters, the control center inside 11-year-old Riley’s mind, five Emotions are hard at work, led by lighthearted optimist Joy (voice of Amy Poehler), whose mission is to make sure Riley stays happy. Fear (voice of Bill Hader) heads up safety, Anger (voice of Lewis Black) ensures all is fair and Disgust (voice of Mindy Kaling) prevents Riley from getting poisoned—both physically and socially. Sadness (voice of Phyllis Smith) isn’t exactly sure what her role is, and frankly, neither is anyone else.

Directed by Academy Award® winner Pete Docter (“Monsters, Inc.”, “Up”), produced by Jonas Rivera, p.g.a. (“Up”) and featuring an original score by Michael Giacchino (“The Incredibles,” “Ratatouille,” “Up”), Disney•Pixar’s “Inside Out” opens in theaters on June 19, 2015. 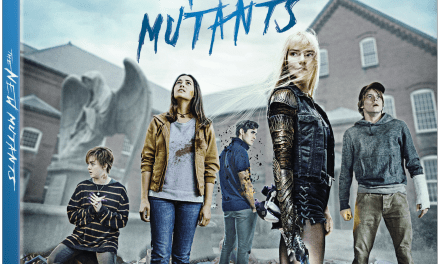 Teen-aimed FREEFORM channel having a FUNDAY WEEKEND with animated features