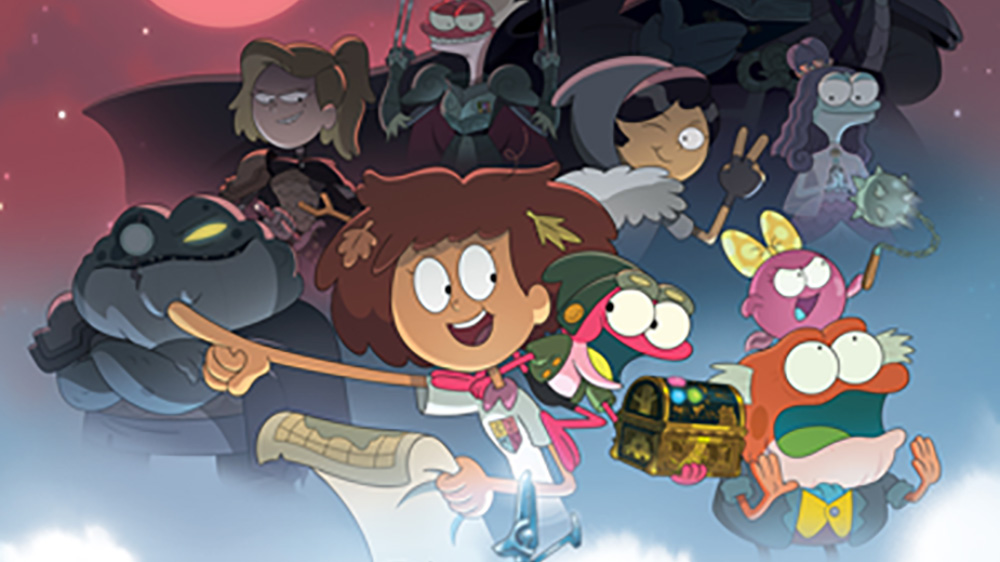 Ahead of its second season debut next month, Disney Channel confirmed that a complete third season of AMPHIBIA has been ordered. The second season, set to debut on Disney Channel and DisneyNOW, debuts on July 11 and will feature cameos from Kermit the Frog, Jenifer Lewis, and George Takei amongst many others.

The new season will premiere as part of Disney Channel’s new Saturday night animation programming block this summer, which will also include new episodes of “Big City Greens” and “The Owl House.”

Popular actress and longtime Disney Channel star Brenda Song (“Dollface”) voices the lead role of independent and fearless teen Anne Boonchuy, who is magically transported to the fantastical world of Amphibia, a rural marshland full of frog-people. Created and executive-produced by Annie Award-winner Matt Braly (“Gravity Falls”), the series is inspired by his heritage, family and childhood trips to Bangkok, Thailand.

Starring alongside Song in “Amphibia” is Justin Felbinger (Disney Junior’s “Miles From Tomorrowland”) as Sprig Plantar, who forges a once-in-a-lifetime friendship with Anne; Amanda Leighton (“This Is Us”) as unpredictable pollywog (aka tadpole) Polly Plantar, the youngest member of the Plantar family; and Disney Legend Bill Farmer (the voice of Goofy) as overprotective and traditional grandfather Hop Pop.